It was a great joy to welcome the Most Reverend Bernard Longley, Archbishop of Birmingham to celebrate and preach at the Pontifical Solemn Mass for the Immaculate Conception of the Blessed Virgin Mary. His Grace was able to greet many parishioners after Mass. Here are some photographs of the ceremonies:

The Archbishop is received at the back of church with a crucifix and holy water: 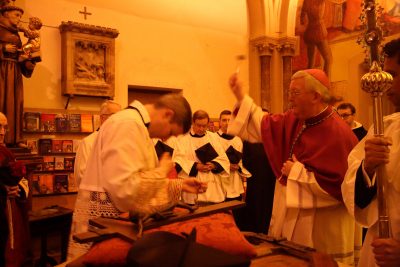 At the archiepiscopal throne: 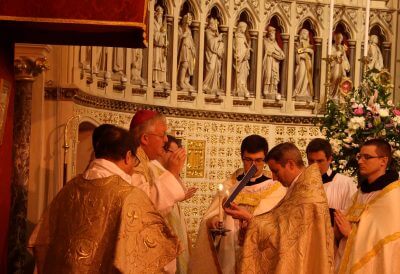 Putting on incense before the Gospel: 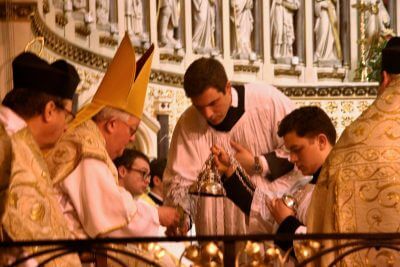 The singing of the Gospel: 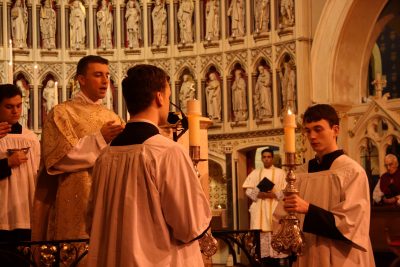 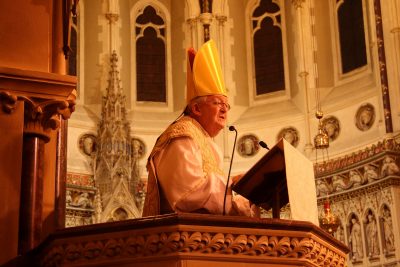 Our Lady conceived without sin is the Patroness of the Congregation of the Oratory and of the Archdiocese of Birmingham: 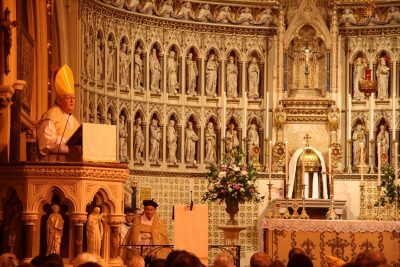 It was on 8th December 2009 that Archbishop Bernard was enthroned as Archbishop of Birmingham. We wish him "ad multos annos"! 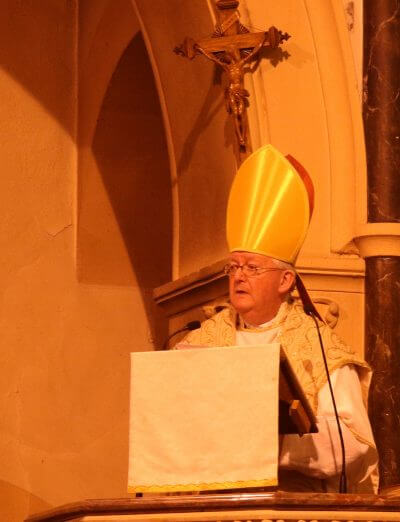 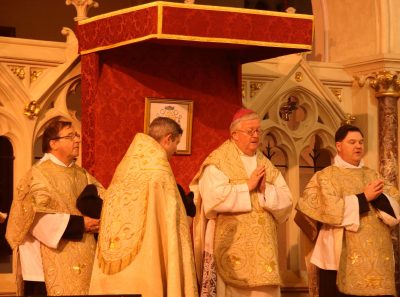 Incense is put on at the Offertory: 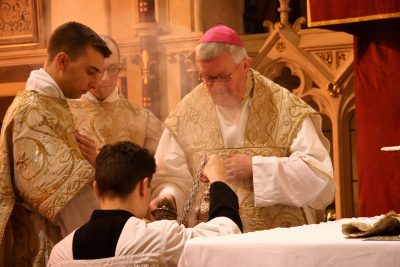 The gifts are incensed: 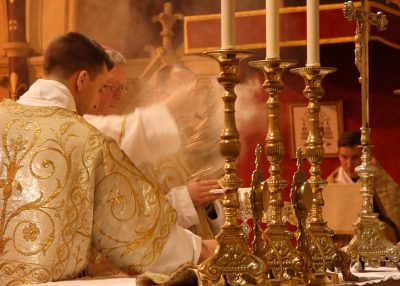 The Archbishop is incensed: 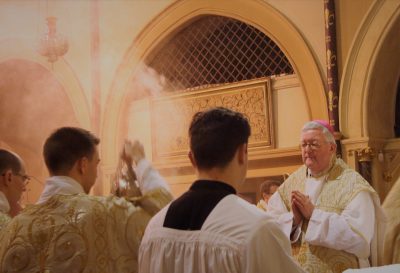 The elevation of the Host: 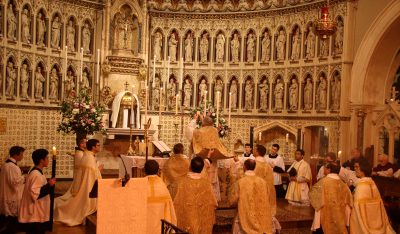 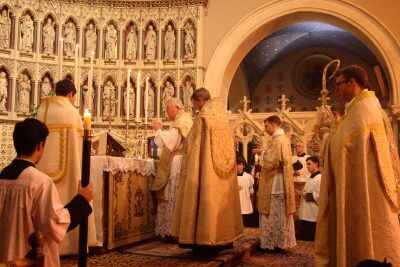 His Grace gives his blessing: 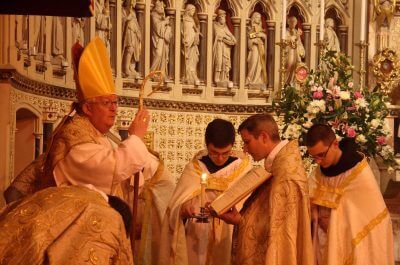 The Procession at the end of Mass: 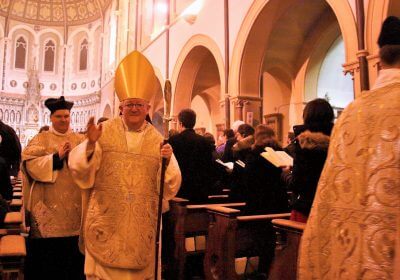