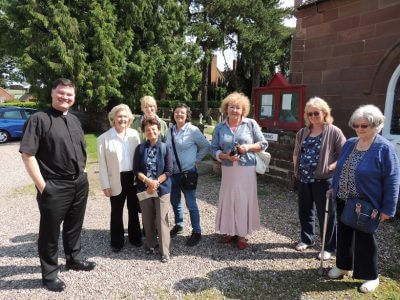 Members of the Women’s Oratory group travelled to Harvington Hall near Bromsgrove, Worcestershire,  for a day out on Wednesday 23rd August which was, of course, the feast of St John Wall, a Franciscan priest in the seventeenth century who was based for much of his twenty-three years of ministry in the Midlands at the Hall during the recusancy period. 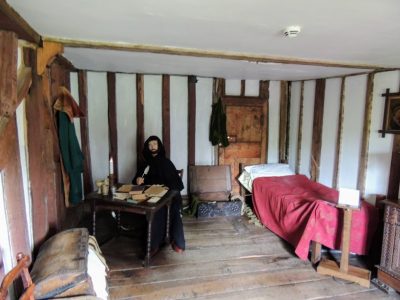 We had Mass in the little church of St Mary’s, thanks to the kindness of Mgr John Moran, the former Vicar General of the archdiocese, before making our way into the Hall for lunch. 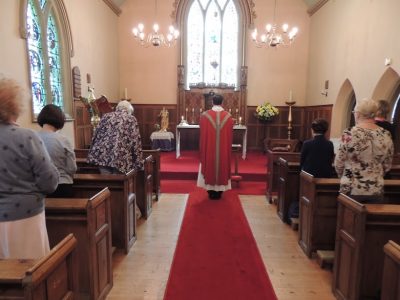 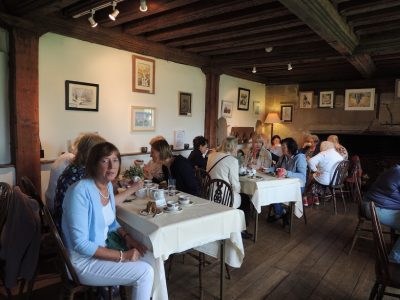 After lunch our party was split into two groups for guided tours of the Hall, the most fascinating feature of which for most people is the suite of hidden rooms (or should that be a panel?) where priests could hide should the sheriff’s men turn up at short notice. Clearly priests were younger and slimmer in those days, as Fr Joseph discovered when he tried to get into one of the priest holes. 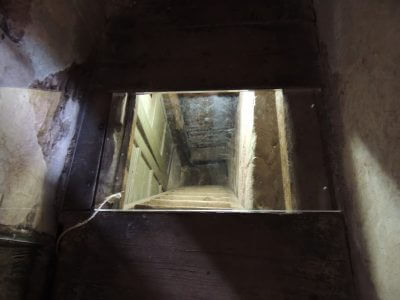 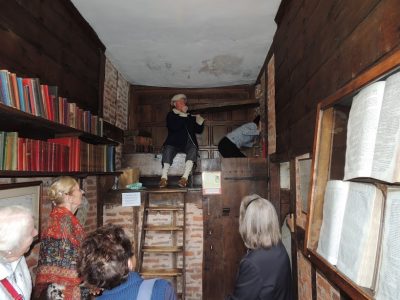 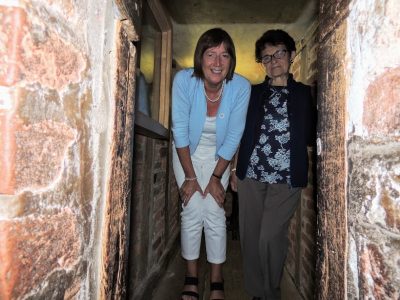 All of these hideaways were designed by St Nicholas Owen, the Jesuit lay brother and assistant to Fr Henry Garnett SJ. St Nicholas Owen was born in what is now our parish. 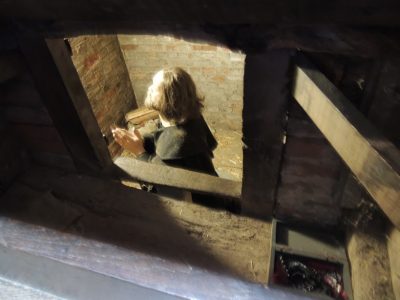 There is a beautiful relief of St Nicholas in St Mary’s church. A ramble through the beautiful gardens, afternoon tea in the café, and the inevitable browse through the shop, followed the tours. 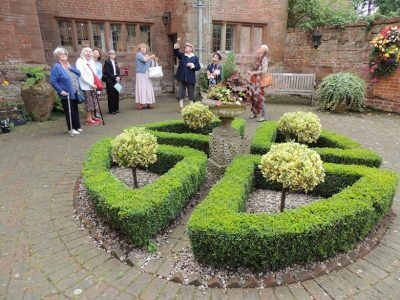 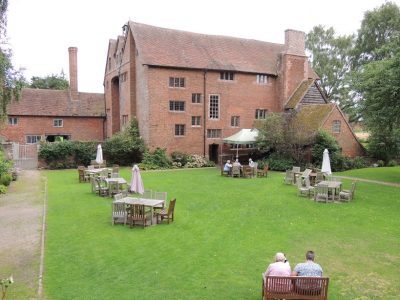 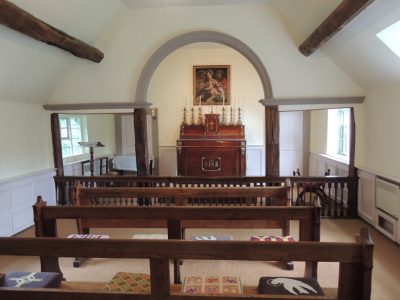 New (and occasional) members of the Women’s Oratory group are always welcome. We meet on the first and last Monday of each month, starting again on the last Monday of September following the summer break. 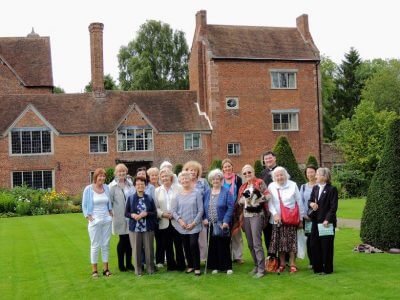