Yesterday Fr Jerome led another tour of Catholic Oxford, this time including some sites connected with the martyrs, such as Blessed George Napier, who was born at Holywell Manor in 1550. 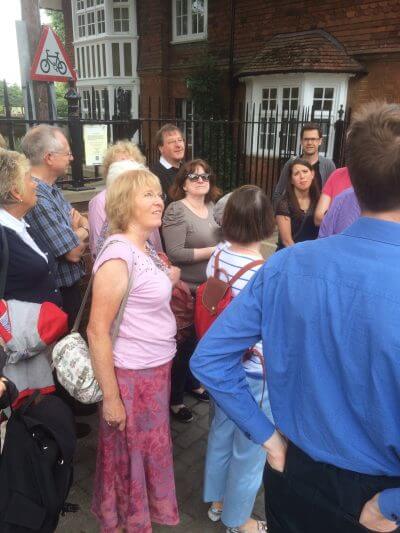 George Napier became a Catholic and  entered the English College at Douai in 1596, and was sent on the English mission in 1603. He appears to have lived with his brother William at Holywell Manor. He was arrested at Kirtlington very early in the morning of 19 July 1610, when he had on him a pyx containing two consecrated Hosts as well as a small reliquary. Brought before the justice he was strictly searched; but the constable found only his breviary, his holy oils, and a needle case with thread and thimble.

The next day he was sent to Oxford Castle, and indicted  for being a priest. The possession of the oils was held to be conclusive and he was condemned, but reprieved. In gaol he reconciled a condemned felon named Falkner, and this was held to aggravate his crime, but as late as 2nd November it was believed that he would have his sentence commuted to one of banishment. As he refused the oath of allegiance, he was condemned to death.

He was executed between one and two in the afternoon, having said Mass that morning. His head  was set up on Tom Tower.  His quarters were placed on the four city gates, but at least some were secretly removed, and buried in the chapel (now a barn) of Sandford Manor, lear Littlemore. 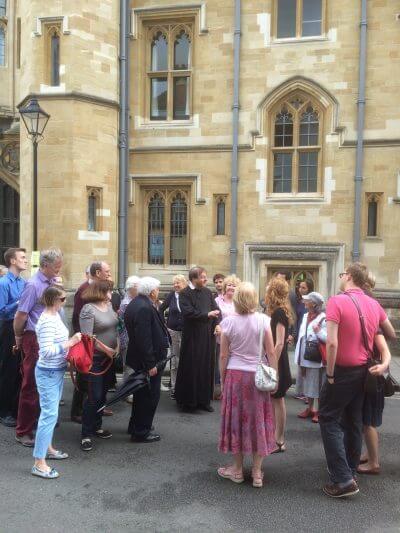