Eighteen pilgrims went from our parish last week to Lourdes. 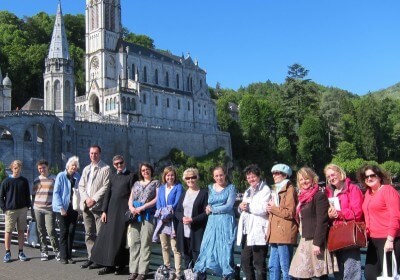 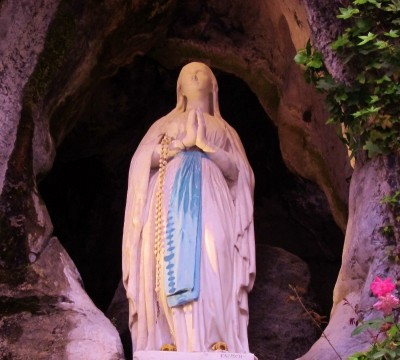 The dioceses of Birmingham, Middlesbrough and Plymouth were also present, so Our Lady must have heard a great roar of English prayers storming heaven.

For the Year of Mercy, the shrine has its own Jubilee Door of Mercy by St Michael's Gate, which we were able to pass through together: 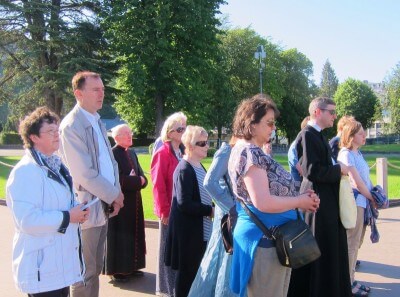 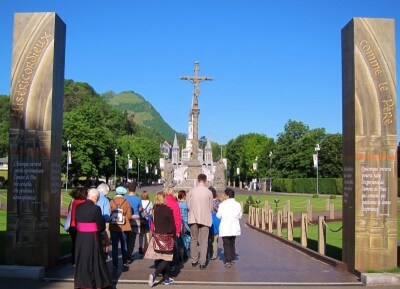 We also took part in the torchlight procession: 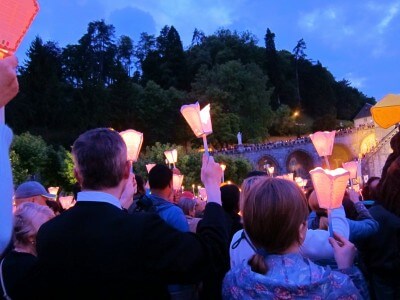 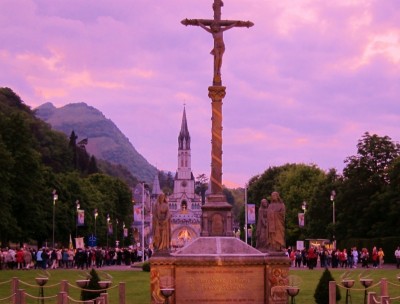 We made the Stations of the Cross: 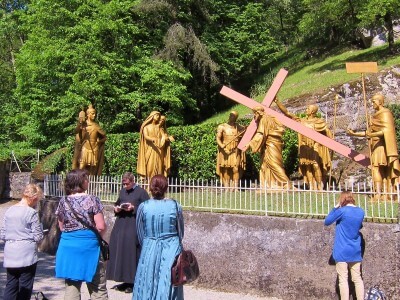 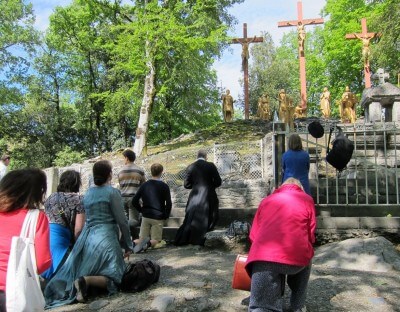 There was Mass at the Grotto: 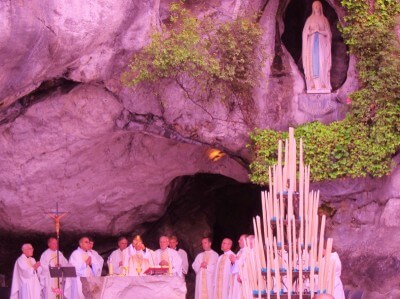 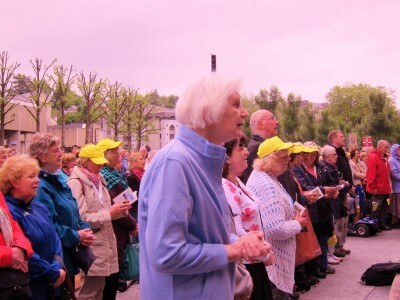 The Cachot is the former prison where the Soubirous family were living at the time of the apparitions. It was considered too unhealthy to be used as a gaol: 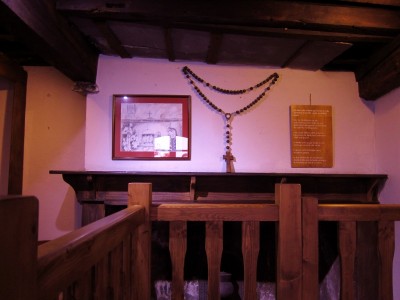 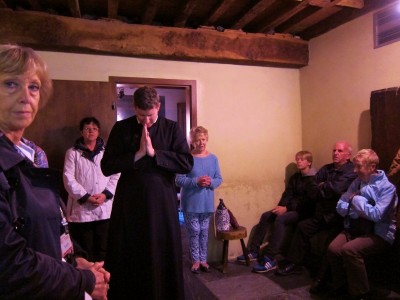 The Crypt is the one basilica in Lourdes that St Bernadette actually saw. She was present at the first Mass there before she left Lourdes: thus she saw that Our Lady's command to build a church had been fulfilled: 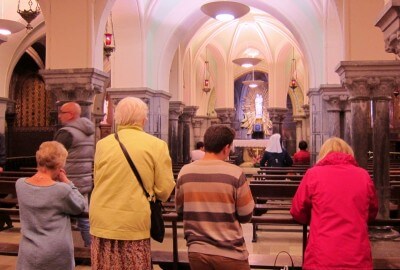 Some of our pilgrims got up in the night to pray at the Grotto when it was quiet. This is where Our Lady appeared to St Bernadette eighteen times in 1858, between 11th February and 16th July. The Grotto at 3 o'clock in the morning: 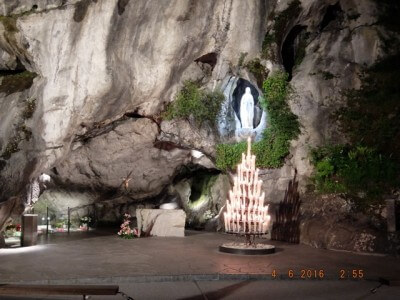 One day we visited Bartrès, where St Bernadette was nursed as a baby when her mother could not feed her, and where she went to work as a servant when there were too many mouths to feed at home. We had Mass in the Parish Church of St John the Baptist in Bartrès: 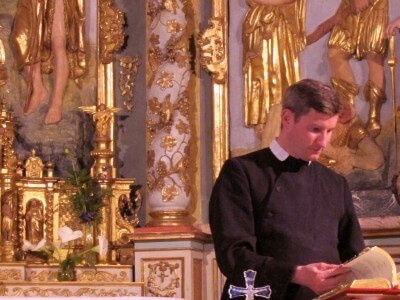 Afterwards we were able to venerate the relic of St Bernadette: 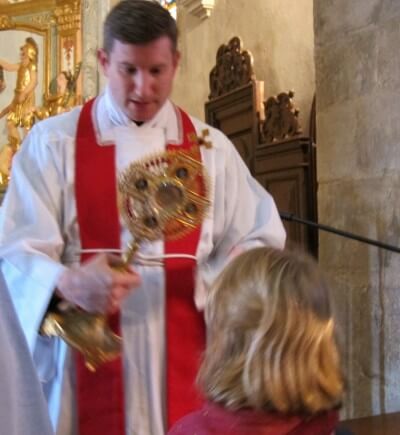 And some of our pilgrims walked back to Lourdes: 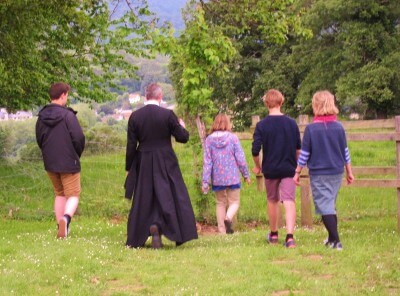 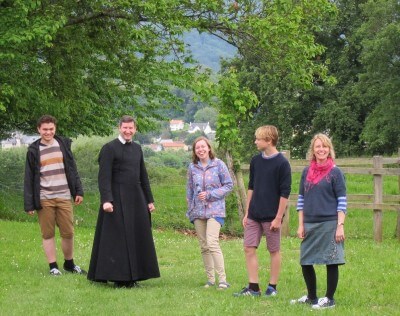 Another day we went up into the Pyrenees, to the lovely village of Gavarnie, which also has a church of St John the Baptist, where there was once a pilgrim hostel for pilgrims on the Camino of St James: 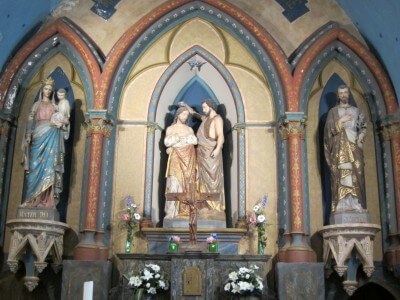 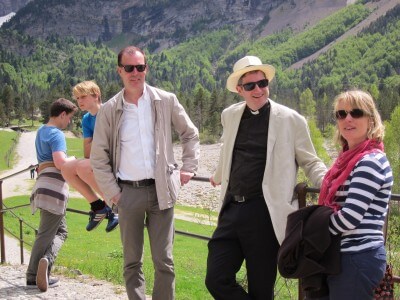 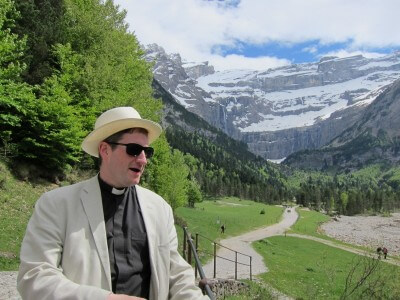 Our group in front of the Rosary Basilica: 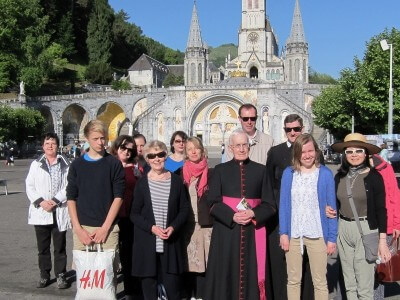