On Wednesday we had a beautiful Advent Carol Service - one of the first musical events conducted by our new Director of Music, Andrew Knowles. 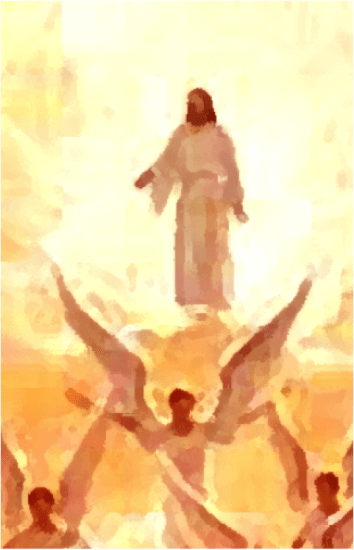 From the order of service:

St Philip, or Filippo Neri as he was known when was born in 1515 at Florence in Italy, moved to Rome as a young man and set up the Congregazione dell’ Oratorio, of which the Oxford Oratory is a part to this very day. St Philip was a spiritual power–house in his own day in Baroque Rome who attracted large crowds because of his generosity of spirit and spiritual insight; this was always linked to any kind of artistic, theatrical or musical endeavour which he thought would fix the hearts and minds of the faithful on the love of God. Palestrina frequented the Oratory and confessed there, whilst Tomás Luis de Victoria received a chaplaincy at San Girolamo della Carità after joining this community of priests; in fact, all kinds of people were deeply attracted to the Oratory, where they were taught to pray as services called The Oratory, of which this candlelit service is a modern example.

St Philip would take hundreds of people on pilgrim walks up to the hills of Rome, where they would sit and listen to spiritual stories of angels and saints delivered, often by young children, in a dramatic way. The people were amazed, hearts were moved and their lives became charged with a new zeal and vigour. They were attracted to evening spiritual concerts too in the church, and the semi–staged dramatic dialogues and choruses prefigured the development of both the oratorio and opera genres. At the end people would sing one of the beloved laude – vernacular hymns of Florentine origin and much beloved by Neri since his youth – and would feel the power of the Holy Spirit moving deep within. These developments can easily be seen to be the very cradle of the Baroque in music, and led to a more extended type of dramatic performance with instrumental accompaniment. It was at the Oratory in Rome that this genre first started and from which it takes its name.

This Musical Oratory for Advent uses hymns and carols in much the same way that St Philip used the laude, and it is hoped that your hearts and minds will find comfort, expression and a spiritual awakening in this time of preparation before Christmas. Listen to the readings with great attention and pray during the motets and carols which the choir sing. Music takes us away from the presence of our daily lives and I believe that it is while listening to music that our hearts and minds are best prepared for an encounter with the Divine. So too, during these scriptural readings, let Christ the Word enter your hearts.

Then on Thursday, the ensemble Artes Christi from Sydney, New South Wales, came to sing a concert of Christmas music. The group is based at the parish of St Peter's Surry Hills, which in 2008 hosted our fifty pilgrims for the Sydney World Youth Day. It was good to be able to welcome them here.

On Saturday (19th) there will be a sung Rorate Mass by candle light at 7 o'clock in the morning.