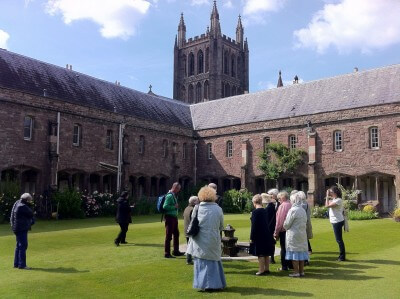 The Wednesday Morning Group had a highly enjoyable trip to Hereford yesterday. The coach ride over to Herefordshire took us past some beautiful scenery, and then we were warmly welcomed by the Dean, The Very Reverend Michael Tavinor, and other members of the Cathedral community.

We had coffee on arrival, lunch and then afternoon tea in the College of the Vicars Choral. 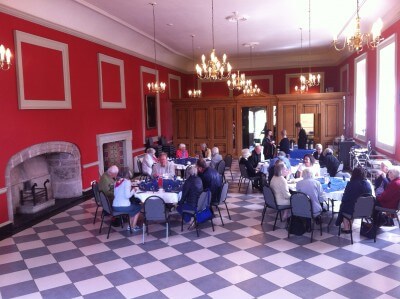 Hereford Cathedral is noted for the shrines of St Ethelbert, King of the East Saxons, who was murdered by King Offa of Mercia in 794 AD, and St Thomas Cantilupe (sometime Chancellor of Oxford University) who died in 1282. Both of these shrines have been restored.

Before lunch, we were able to go to Holy Mass at the Catholic church of St Francis Xavier, in Broad Street, just next to the Cathedral. 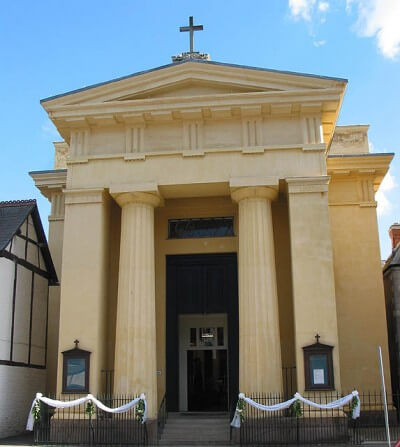 St Francis Xavier is a magnificent church, originally built by the Jesuits, but since the 1850s in the care of the Benedictines of Belmont Abbey. Dom Michael Evans, O.S.B. was most gracious in his welcome, as were his enthusiastic parishioners, who clearly have a great love for their beautiful, well-restored church. It is evident that it is open as an important act of witness in the centre of the city. Here are some of our group, after Mass: 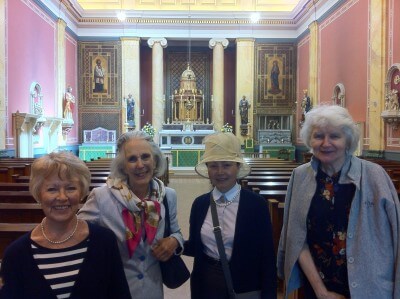 To the right of the High Altar is the relic of St John Kemble, a local martyr who ministered as a priest in Herefordshire and Monmouthshire for over fifty years, before being arrested on false charges in 1679 and executed. A Catholic woman managed to catch his left arm as it fell from the gallows when he was quartered, and it is this relic which is preserved at St Francis Xavier. The relic is believed to have worked miracles, down to our own time. 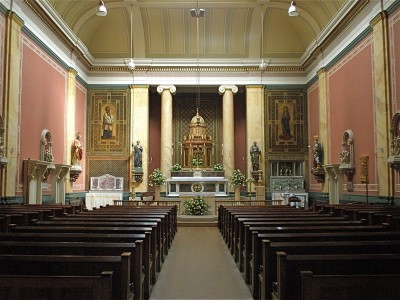 After lunch we had a tour of the lovely gardens, which was a great treat - especially to see the gardens of the Bishop's Palace and the Deanery. 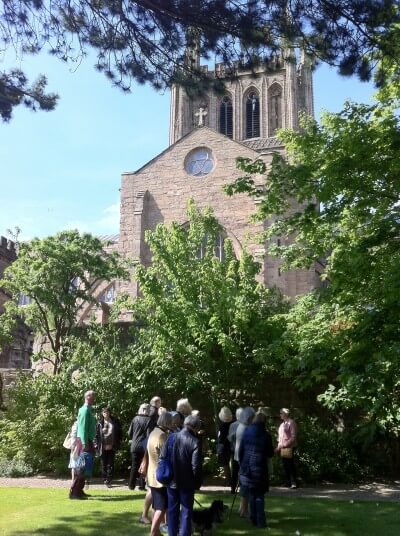 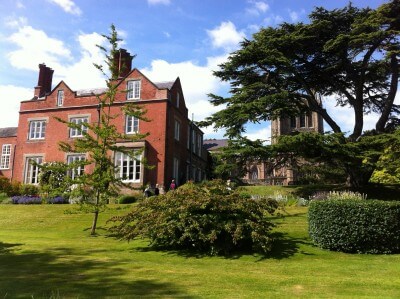 We were also able to visit the exhibition at the Cathedral, which includes the Mappa Mundi, a 1217 copy of Magna Carta and the Chained Library, which, it was noted, houses three editions of the Annals of the Christian Church by Cardinal Baronius of the Roman Oratory. 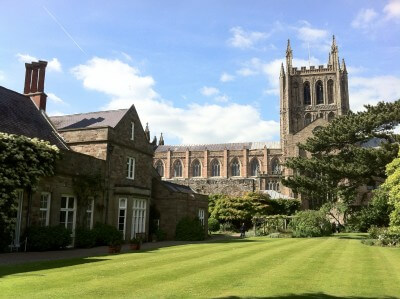