We are pleased to announce the appointment of Andrew Knowles as the new Director of Music, from December 2015, when Edward de Rivera will step down after twenty-five years of faithful service in this post. 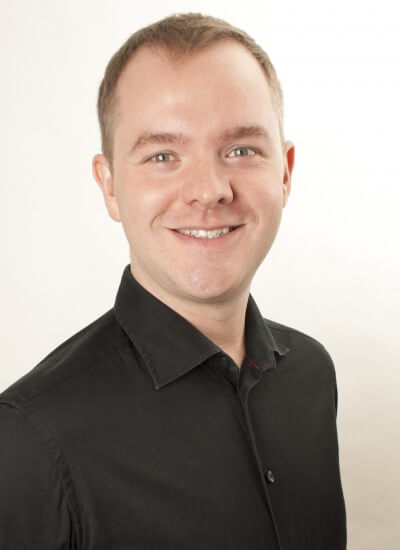 From Andrew Knowles who has been appointed as the new Director of Music at the Oxford Oratory with effect from December 2015.:

"I was educated at Chetham’s School of Music and Lady Margaret Hall where I held the organ scholarhip and read for a degree in Music. It was in 1994, on my first Sunday in Oxford as an undergraduate, that I went to Mass at the Oxford Oratory and afterwards knocked on the sacristy door to ask for instruction in the faith from Fr Dominic. It was just before Corpus Christi in 1995 that I was received into the church at St Philip's altar, taking Philip as my confirmation name. Some time before coming up to Oxford I had read Blessed John Henry Newman's Apologia Pro Vita Sua and this, alongside going to Mass, reading the doctrinal notes in a missal and pursuing my interest in sacred music had resulted in an inner conversion which easily flourished at the Oxford Oratory.

I have had a broad musical career which has involved being the organist of the Cavaillé–Coll organ at St Michael’s Abbey, Farnborough as well as teaching at Worksop College and The School of St Helen & St Katharine in Abingdon. Having worked under the formative choral direction of Michael Brewer at school, I went on to train excellent choirs at these two schools. In September 2006 I was appointed Organist of the Oxford Oratory and since then have played for the High Mass and Vespers on Sundays and Holy Days.

In 2012 I founded the Camerata of Curiosities – an ensemble which aims to perform seventeenth–century Italian music and other treasures in a fresh and clear way to a broad scope of audiences. In 2013 I founded a very successful private music teaching practice called the Abingdon Piano School, which teaches piano, organ, harpsichord, voice and theory. I am the Associate Conductor of the Abingdon and District Musical Society and undertake freelance musical work as a choral director, organist, harpsichordist and composer.

In December 2015 Edward de Rivera will be retiring as Director of Music of the Oxford Oratory, a position which he has held for a remarkable 25 years. Having worked with him closely, I know of the hard work which goes into the preparation of music for Mass, Vespers and Musical Oratories – I have great cause to thank him for what I have learned from his encyclopædic musical and liturgical knowledge. He has been a faithful leader and a companionable friend during this time.

I am absolutely delighted to have been appointed as Edward's successor and to continue and build upon his good work, so that St Philip's vision for fine church music, Blessed John Henry Newman's allied concepts of beauty and holiness together with my personal vocation for uplifting, prayerful and well–ordered music will continue to lift the hearts and minds of the faithful to an ever deeper knowledge and love of God."