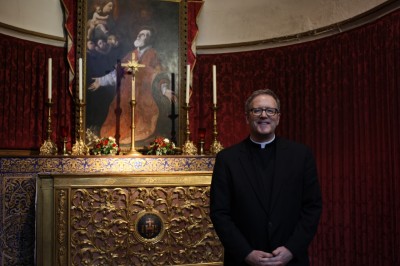 Fr Robert Barron, presenter of the Catholicism DVD series that we showed last year, and founder of Word on Fire was in Oxford today to film in our church and the Chesterton library. 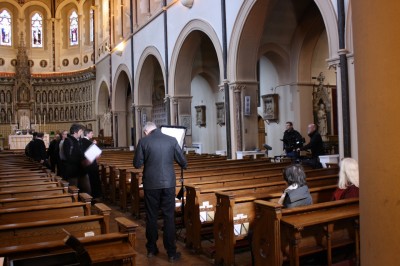 He is currently working on a new eleven-part series, Catholicism: The Pivotal Players. The parts filmed today will be included in the videos G.K. Chesterton – The Evangelist and Bl. John Henry Newman – The Convert. 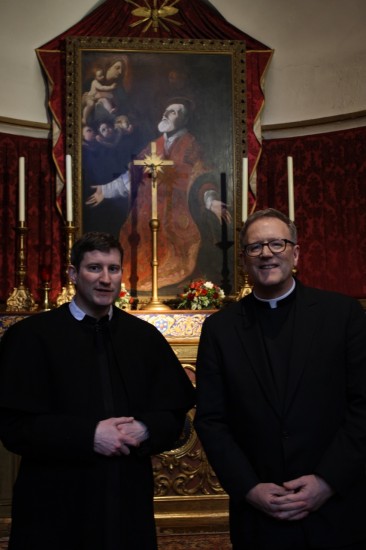 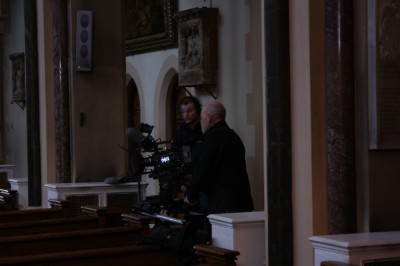