The Holy Father yesterday published a decree recognising the heroic virtues of Father Raimondo Calcagno of the Oratory in Chioggia. 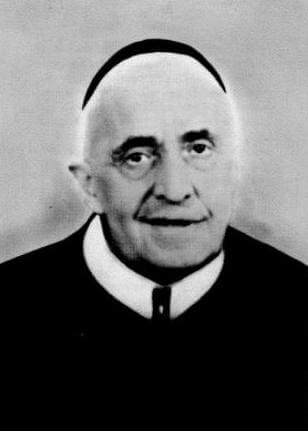 Born at Chioggia on 17th April 1888 to a fishing family - poor but with solid Christian principles, Raimondo showed from childhood a vocation as a teacher, which characterised his whole life, despite coming from this fishing city in which poverty, illiteracy and degraded morals were widespread.

As a young man he became president of "Azione Cattolica" and threw his energies into helping poor boys. On 28th March 1914 he became a priest of the Oratory, where he instituted many activities for the young.

In 1921 he took on the direction of "San Gerolamo Emiliani" - an institute that cared for young people in extreme poverty and the orphan children of fishermen.

On his deathbed, Father Calcagno was able to say that he had never held back in giving to these poor youths. He brought them along the way of St Philip: full of joy, truth and love.

From 1948 to 1957, Fr Calcagno went in obedience to be Provost and Parish Priest of the Oratory at Verona. On his return to Chioggia he continued to preach fervently: "Live in charity!" to seminarians, young people and his Oratorian brethren. His last thoughts before his death, on 18th July 1964, were for his spiritual children, for whom he had become a father, brother, and faithful consellor. Until the end of his life, he would say, like St Philip, "Let them play!"

On 7th November 1991 the cause of Fr Calcagno's canonisation was opened at the Chioggia Oratory, and 66 witnesses gave evidence in the process.