Royal Visit to our Parish

His Royal Highness the Duke of Cambridge today graciously visited our parish to open the new China Centre at St Hugh's College. The Duchess of Cambridge was also due to visit, but following the announcement this morning that she is expecting a second baby, was unable to do so.

Thirty children from St Aloysius' School, across the road from St Hugh's, were there to greet the Duke, along with Mr Tom Walker, the Head Teacher. Five-year-old Beth Barton, a pupil at St Aloysius', presented a posy to Prince William, along with a toy swan for Prince George. 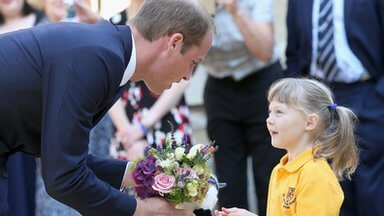 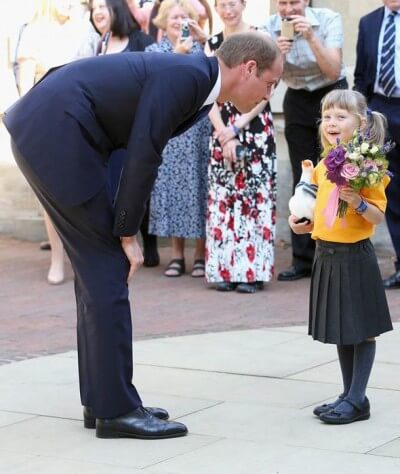 The swan was particularly appropriate for St Hugh's College, given that St Hugh of Lincoln is depicted (for example in the statue on our reredos) with a swan. This is the swan of Stowe, which had a deep and lasting friendship with the saint, even guarding him while he slept. The swan would follow him about, and was his constant companion while he was at Lincoln.

St Hugh also visited this place in the year 1200, when he consecrated St Giles' Church, opposite the Oratory. St Giles' Fair began at this time in commemoration of this visit, and it still takes place every September, shortly after the feast of St Giles on 1st September. Here is the view today in front of the Oratory: 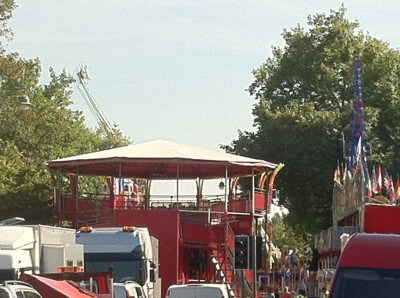 We have our own forecourt sale to raise money for the church, which is being cheerfully manned by a team of enthusiastic volunteers: 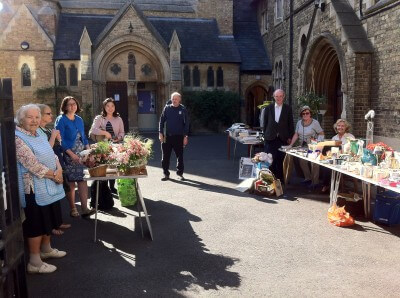