Beatification of our First Martyr 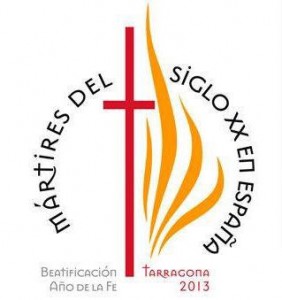 The largest ever beatification in the Church's history took place at Tarragona, Spain yesterday, when 522 martyrs of the Spanish Civil War were raised to the altars. 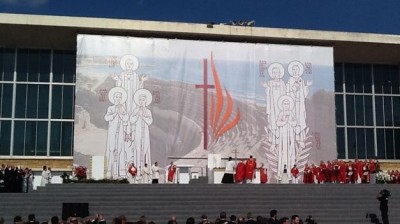 Among them was Blessed Salvio Huix Miralpeix of the Oratory at Vic, later Bishop of Llerida. He is the first beatified Oratorian martyr. 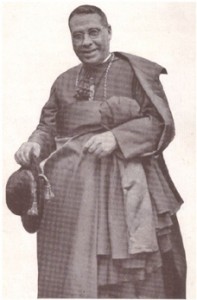 In 1936 the Oratorian bishop of Llerida near Barcelona, Salvio Huix-Miralpeix, was killed out of hatred for the Catholic faith.

He was born in 1877 in Sancta Margarida de Vellors in the Province of Girona, Catalonia, and desired to be a priest at an early age. He entered the seminary of the diocese of Vic and was ordained a priest of that diocese in 1903. He served as assistant priest for four years before expressing a desire to live a community life in the diocese where there was an Oratory. Here he followed the simple round of charity and ministry in the confessional and pulpit, taking any work that was offered, including teaching spirituality in his old seminary.

In 1928 in the cathedral of Vic he was consecrated bishop of Selymbria (in partibus) and made Apostolic Administrator of the diocese of Ibiza, where he remained for nearly seven years. During this time he saw the rise of the anti-Catholic forces of the Spanish Republic. He worked hard to counter the influence of legislation against the Church, not only by pastoral letters and parish visitations, but by organising acts of public penance. He worked to increase devotion to the Blessed Sacrament and the Mother of God, and established small groups of laity throughout the diocese on the Philippine model to promote spirituality and faithfulness to the Church in the face of hardship. He was transferred to the diocese of Lleida as its bishop in January 1935, just before the outbreak of the Civil War. Here he continued his pastoral work of gentle teaching and forthright preaching. He was only to live for 18 months. 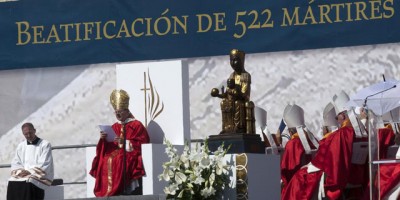 As hostilities quickly escalated the cathedral was burnt, and the Episcopal palace attacked on the morning of the 21st July. The gardener hurried the bishop to his small house about 10 minutes away, and tried to hide him there. His efforts would place the family in great danger, and the bishop left of his own accord after a couple of days. Just before he was arrested he left his pectoral cross with a friend, who was to give it to Pope Pius XI, with the message that if it were asked of him, he freely offered his life for the Pope, and to assure him of his complete fidelity to Christ and the Catholic Church.

At 9.30 on the evening of the 23rd July, Bishop Salvio walked down the main street and handed himself in to the authorities to protect those who had been hiding him. “Soy el obispo de la diócesis y me entrego a la caballerosidad de ustedes” (“I am the bishop of the diocese, and I hand myself over to your protective care”). Many local communists wanted to kill him there and then, but as a person of some importance they waited for orders for what to do with him, so he was imprisoned that night with many other priests.

In prison he was still the pastor, and encouraged his co-workers in acts of faith, hope and charity, hearing their confessions and leading devotions. The Blessed Sacrament was smuggled into the prison by a priest awaiting trial, and all were able to receive Holy Communion on the feast of St James, the patron of Spain, knowing that it would probably be their viaticum. Still, for them there was no trial and no mercy from the authorities. The bishop was to die unknown and of no reputation in the eyes of the world, a motive he had learnt from St Philip.

On the pretext of being taken to Barcelona the twenty priest prisoners were put into the back of a lorry at 4.30am and driven away. They were taken to a cemetery and shot one by one on the night of 5th August. Bishop Salvio asked to be last to die, and he was able to console, encourage and absolve the martyr-priests as they left this world. In all 270 priests of the diocese of Llerida were killed in the Civil War along with their faithful shepherd.

Blessed Salvio Huix-Miralpeix, the Oratorian, brought the light, warmth and joy of God’s love, which he had found in St Philip, into the darkness of chaos and hate.

Pope Francis sent a message from Rome to the crowds gathered in Tarragona:

Fr Dominic, Fr Richard and a group of our parishioners were present, and we hope to have more images when they return from their pilgrimage.

There will be a Solemn Mass of thanksgiving in honour of Blessed Salvio at 11am on Sunday 27th October.