These photographs show the Relic Chapel, which was restored by IFACS during the summer of 2009.

The statue of St Aloysius Gonzaga is a reminder of the faithful service that the Society of Jesus gave to our church from 1875-1981, and before that to the Catholic mission in the whole county during times of persecution. The niche in which our patron saint stands has been decorated with the IHS Monogram - symbol of the Jesuits, and with the letters "SA" for Saint Aloysius, topped with a marquess's crown. (St Aloysius' father was the Marquis of Castiglione) 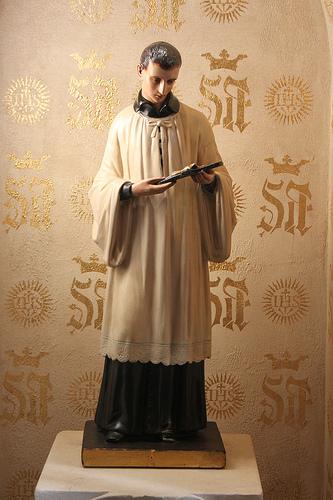 The centrepiece of the chapel is the image of Our Lady of Oxford. This picture was acquired by Hartwell de la Garde Grissell, along with a large collection of relics, including many autograph letters of various saints, which will be displayed in the Relic Chapel on their feast days. The image of Our Lady of Oxford was blessed by Bd Pope Pius IX, who granted a plenary indulgence for anyone who recited the Litany of Loreto or the Salve Regina before it. 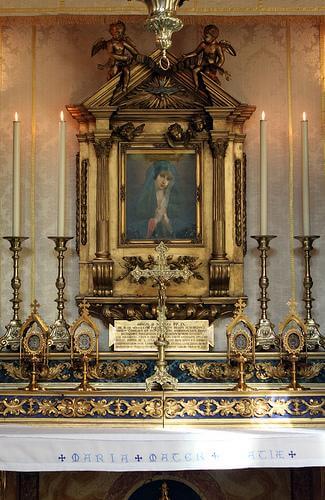 The ceiling of the chapel is decorated with images from the Roman catacombs. Many of the bones venerated here come from catacomb martyrs. 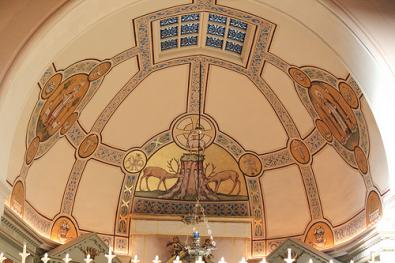 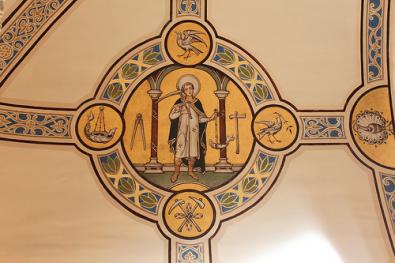 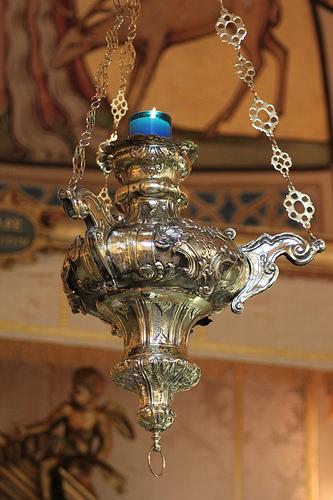 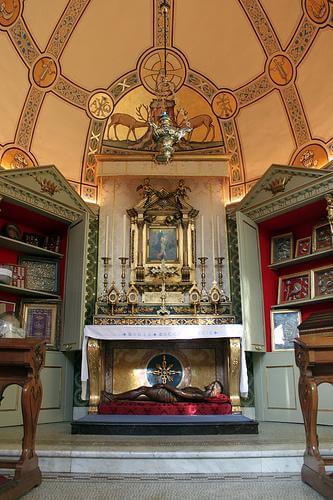 The relic cupboards are lined with red baize to symbolize the blood of the martyrs: 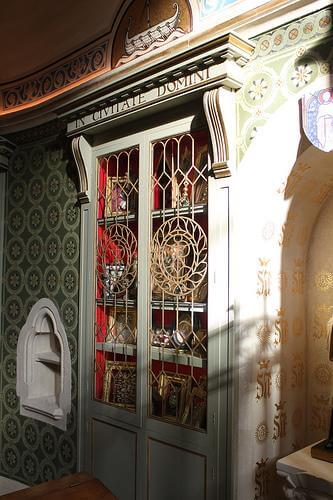 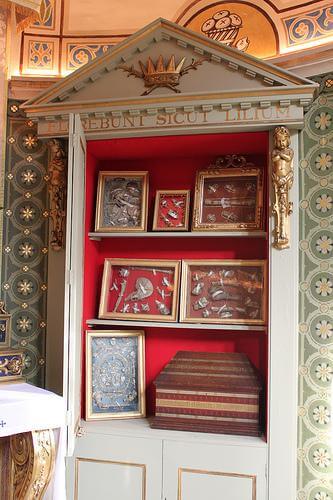 Most of the relics come from the former Carmel at Chichester. Some are recently acquired, such as the relic of the veil of Blessed Lucy of Narnia which was recently presented to us by the Dean of the Cathedral in Narni. 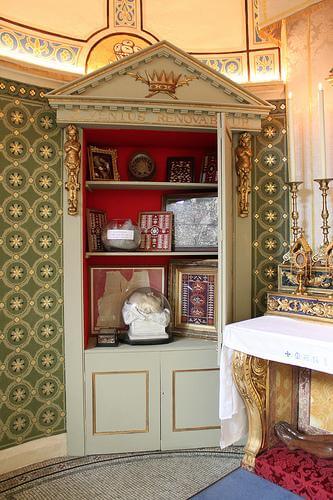 The screen of the chapel has been beautifully gilded, and was the choir grille at Chichester Carmel. 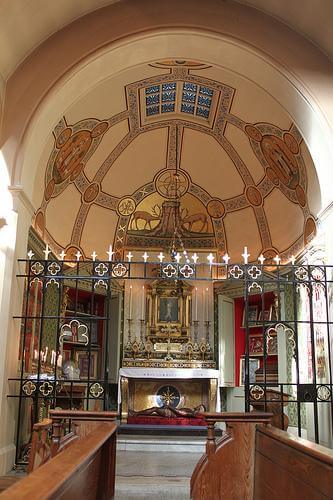 Fr Jerome has written a pamphlet "On Relics" (described in the Tablet as "excellent") which is available from the Porters' Lodge. 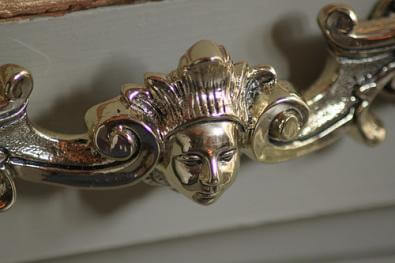 See the full set of these pictures at James Bradley