News > Archive > The Quality of Mercy - rehearsals and synopsis

The Quality of Mercy - rehearsals and synopsis

Below are some photgraphs of rehearsals for the Quality of Mercy, and also a synopsis of the plot.

The play will be performed at 8pm on 27th, 28th & 29th April at the Oxford University Catholic Chaplaincy in Rose Place, off St Aldates

or the from the Oxford Oratory Porters' Lodge. 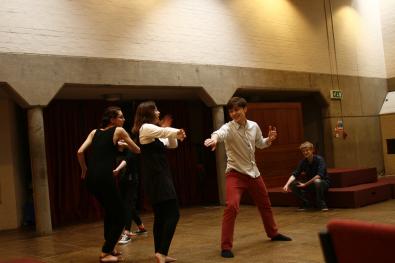 THE QUALITY OF MERCY

"I turn to you, the artists of the world… to rediscover the depth of the spiritual and religious dimension which has been typical of art in its noblest forms in every age. It is with this in mind that I appeal to you, artists of the written and spoken word, of the theatre and music... especially to you, Christian artists…You are invited to use your creative intuition to enter into the heart of the mystery of the Incarnate God and at the same time into the mystery of man."

Letter of His Holiness Pope John Paul II to Artists, 1999 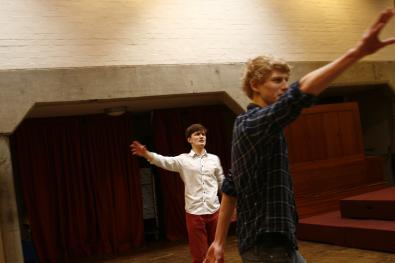 Following on from the success of Divine Comedy: A Theresian Mystery Play, we are producing a new play in honour of the Beatification of Pope John Paul II. It centres on the story of a small group of young people on a hike through a mountainous landscape, in the company of a mysterious guide. Whilst on the road, they learn about each other, and themselves. They discover their strengths and weaknesses, they think about the direction their lives are taking. Through interacting with each other, and with the mysterious man who walks alongside them (who introduces himself simply as "Charlie") they come to a deeper understanding of what God is calling each of them to become. 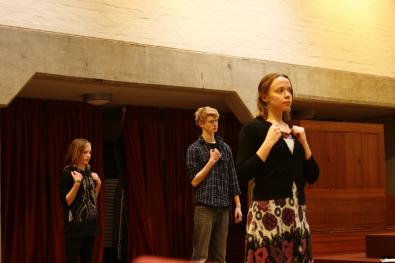 Set in Easter week 2005, the last week of Pope John Paul II's life, the play operates on several levels. The central drama develops over seven days: Easter Monday to Divine Mercy Sunday. The presence of the dying Pope is always in the background, and along with this a scriptural dimension, represented by a chorus which punctuates the earthly journey. The Easter week pilgrimage of these young people parallels that of the original disciples on the road to Emmaus, full of confusion and despair, and then renewed hope as they encounter the Lord. Then there is another dimension – the presence of Faith, Hope and Charity, mirrored in the beauty of the natural landscape they are travelling through… As the week unfolds, a pattern emerges which links together not only the pilgrims, but also the charism and prayer life of the dying Pope. It is a journey at once interior and exterior, personal and ecclesial. An 'anamnesis' of a long and fruitful life, reflected in the impact his teaching is having on a new generation as we enter the third millennium. 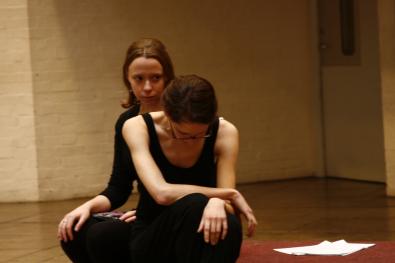 Using music specially composed in memory of John Paul II's addresses to young people, as well as his poetry, The Quality of Mercy aims to be an experience which brings into vivid focus the meaning of Passiontide and Easter, and particularly on divine mercy as expressed in the encyclical Dives in Misericordia. Karol Wojtyla saw the theatre as the ultimate art form for expressing the 'Logos' – the 'Word' which makes sense of human suffering and redemption, and used the art-form which was the passion of his youth even in his time as archbishop, when he put on mystery plays in the Cathedral in Krakow. We will celebrate the spirit of this great Pope by exploring the themes which absorbed him during his life – the mystical union with Christ, the call to vocation, the theology of the body, the dignity of the human person, the power of beauty to convey truth, the value of human friendship and solidarity.

"This modern story of two young lovers, which unfolds echoing the structure of Dante’s Divine Comedy, becomes mysteriously intertwined with the remarkable adventure of another young lover, Thérèse, and in doing so gradually reveals the profundity and timeless relevance of her message. This dramatic and complex juxtaposition of two spiritual journeys, shot through with the rich symbolism of the medieval miracle play tradition, invokes the sort of mystical realism so characteristic of Karol Wojtyla's rhapsodic theatre. Like Wojtyla, the Caldecotts aim to counterbalance the outer world of actions and events with an imaginative portrayal of their characters' inner drama of ideas, memories and personal struggle."