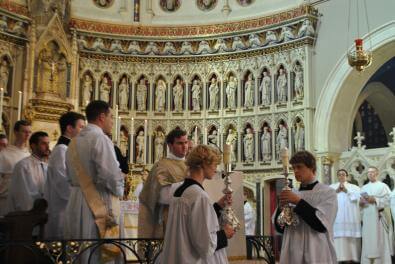 Br Nicholas lies prostrate during the Litany of the Saints: 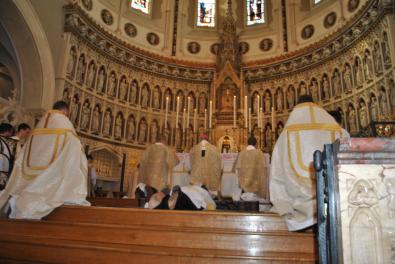 His Grace the Archbishop celebrates Mass: 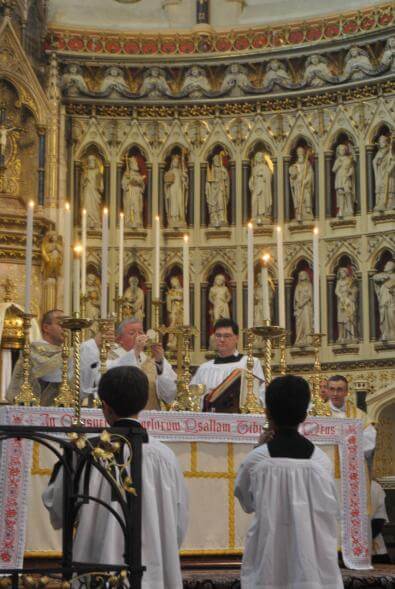 The sisters of Father Nicholas bring up the gifts at the Offertory of the First Mass: 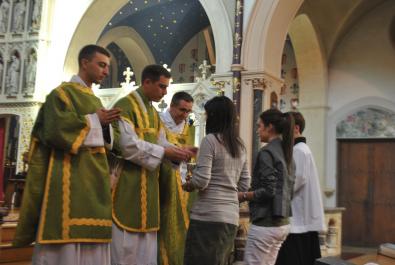 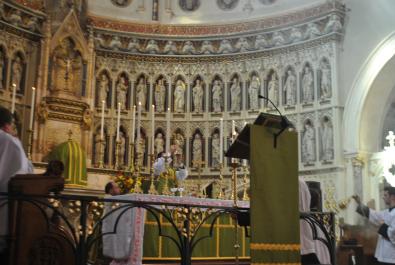 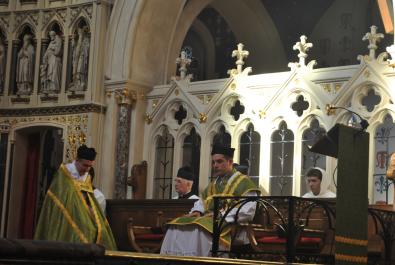