News > Archive > Catholic Women's League Celebrates 150 years since the birth of its founder.

Catholic Women's League Celebrates 150 years since the birth of its founder. 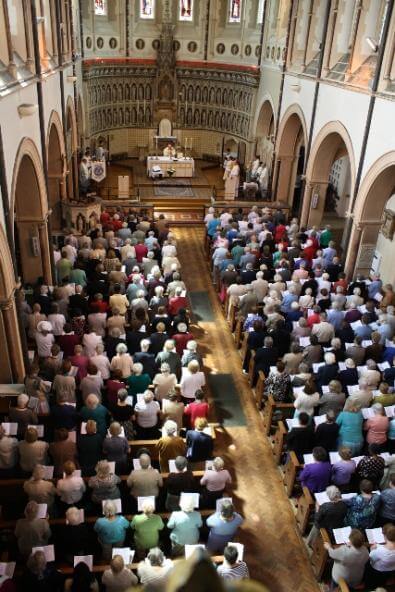 Today the Right Reverend Peter Doyle, Bishop of Northampton, assisted by Bishop William Kenney CP, celebrated Mass in our Church for nearly 400 representatives of the Catholic Women's League. The League was founded in 1906 by Margaret Fletcher, a parishioner at St Aloysius', and this year sees the 150th anniversary of her birth in 1862. 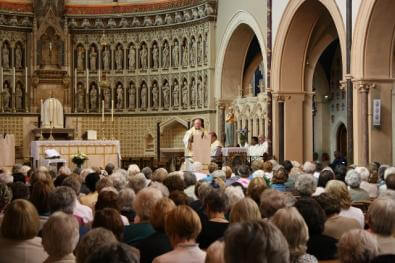 In September 1906, at a Catholic conference held in Cavendish Square, a small group of women proposed the idea that an association of Catholic women could be formed, with the aim of giving weight to and promoting Catholic principles in English social and national life. A year later, reports of that meeting referred to those ladies as the founders of the League, but it was a Miss Margaret Fletcher who had first propounded the idea, and the group of ladies at Cavendish Square had allied themselves with her as their leader. 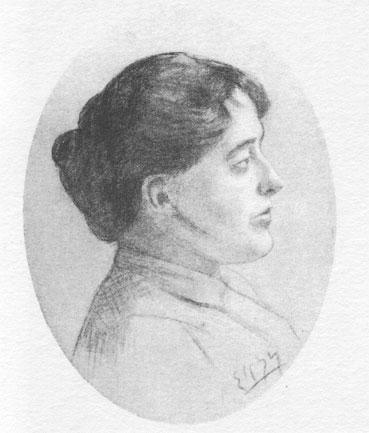 Margaret Fletcher, the daughter of an Anglican clergyman, was born in Oxford (in the then new suburb of Park Town) in 1862. The latter part of the 19th century was an exciting time for women. It was the age of improved educational methods, especially for girls. Oxford High School, which Margaret attended, was one of the pioneers in this field. It opened in 1873 and had two new features – no class distinction and no denominational religious instruction, so that no creed was to be at a disadvantage, except the Catholic one. Indeed, in her autobiography 'O Call Back Yesterday', Margaret recalls the distress and dismay shown by staff at the news that the father of one of the pupils had converted to Catholicism.

At 17, Margaret went to the Slade School of Art, but throughout her time there felt frustrated because women students were not given the same opportunities to study as were their male counterparts. She then went to Paris to continue her studies, living with other students and nationalities, discussing life, religion and politics with a growing awareness of the international dimensions involved. Margaret returned home for a while to run the family home after the death of her mother, but, all the while, inside her was building the urge to fight for improved educational opportunities for women. A deeply religious woman, Margaret could never blindly accept everything she was taught, and, when reading the writings of St John of the Cross, she decided to become a Catholic. Having sought the advice of a priest friend who sent her to the Jesuit church in Farm Street, she was received into the faith on 9th September 1897. Returning to Oxford, she took an active part in parish work and also became friendly with Mary Miller, who, having travelled widely on the continent doing research work on Catholic secondary education for girls, told Margaret how impressed she was by a newly founded Catholic organisation in Germany.

This organisation had been brought into being by the hierarchy as an alternative to the secular National Council of Women. Margaret and Mary had many discussions on the topic of education, the outcome of which was that Margaret, having obtained permission from Cardinal Bourne, launched a new quarterly called 'The Crucible'. With the aim of arousing the interest of teachers and schools in getting better social education for women, The Crucible ran for eight years and it was in one of its last issues that the proposal for forming a league of Catholic women was made, for Margaret saw that Catholic women would have a great responsibility in the future. She saw too that they must be organised not only in England but throughout the world. 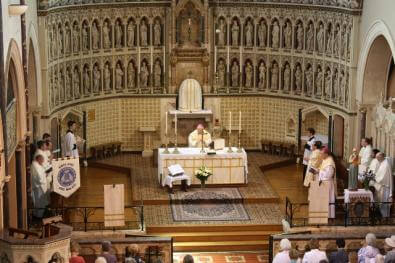 In 1906 a national Catholic conference was held in Brighton, and permission was given to distribute a pamphlet about the proposed league. From then on things moved steadily forward. Margaret Fletcher became president and Ada Streeter agreed to act as secretary. In the choice of members, Margaret Fletcher insisted that the League needed women with "balanced ommonsense", and that they should "utilise the average woman in convincing the Catholic world that business-like methods and intellectual gifts are excellent weapons in the service of God".

By the end of 1907, the Catholic Women's League had held its first general meeting under the presidency of the Archbishop of Westminster, and had sent from there a message of filial homage to His Holiness Pope Pius X and received through Cardinal Merry del Val the Holy Father's "affectionate blessing". 'The Tablet' described the meeting as "deeply significant of the times, and one calculated to have far reaching consequences in the Catholic life of the country".

The League today is still flourishing and proving to be every bit the "weapon for God" that Margaret Fletcher first envisioned.

Margaret Fletcher is still remembered by some of our older parishioners. She was apparently known as "Catty Fletcher" because of the large number of cats she owned! Miss Fletcher died in 1944. Her Requiem was held in our church and she is buried at Begbroke.

St Margaret Clitherow is the patron saint of the League: 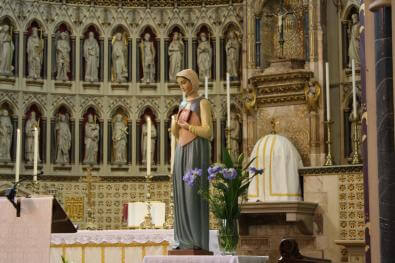