A new Oratory in Bavaria

On 15th September a new house of the Oratory was founded at Aufhausen in Bavaria. In fact this community is a re-foundation, since the original Aufhausen Oratory was begun by Fr Johann Georg Seidenbusch in 1692 at the beautiful pilgrimage church of "Maria Schnee" - Our Lady of the Snows. 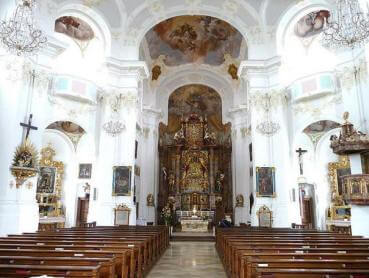 Fr Seidenbusch had heard of St Philip and the Oratory and so set off to Rome to find out more. The first Oratorian he saw was hearing confessions in the Chiesa Nuova - his feet could be seen sticking out of the confessional, and so Fr Seidenbusch knelt down and kissed these feet! The Fathers of the Roman Oratory gave him many precious relics and a Bernini bust of St Philip, all of which may still be seen in Aufhausen. 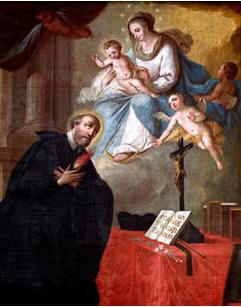 The last of the Aufhausen Oratorians died out in the late nineteenth century, but now there is a new community who have brought St Philip's way of life back to Maria Schnee.