News > Archive > The Man Who Knew Those Who Knew Chesterton

The Man Who Knew Those Who Knew Chesterton 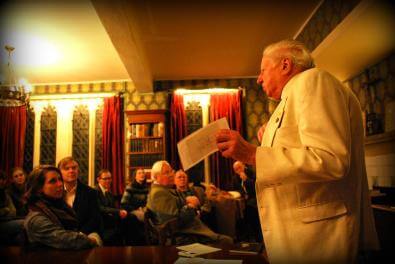 Mr Aidan Mackey, creator of the G K Chesterton Library, gave a talk to the CS Lewis Society last week, which he described as his "swan song". Mr Mackey knew Dorothy Collins, Mrs Cecil "Keith" Chesterton as well as other Chesterton associates. He spoke entertainingly about his memories of them. He managed to persuade a young audience of the importance of GK Chesterton today, and gave a brilliant recitation from memory of some of Chesterton's poetry.

The Chesterton Library will of course be housed in the new Oratory Library, which will make it accessible for the first time and enable the items in it to be properly looked after. They include not only first editions of Chesterton's works, but also items such as his toy theatres, walking stick and hat.

There will also be memorabilia of C S Lewis to be found in the Oratory Library. Here Aidan Mackey stands with Walter Hooper, former private secretary to CS Lewis and his biographer. 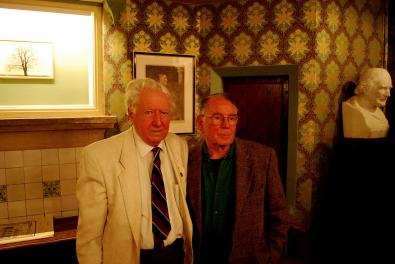