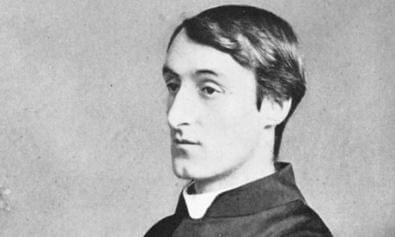 You may have read in the news that the Bodleian Library has purchased a draft manuscript of Gerard Manley Hopkins' poem 'Binsey Poplars' for £50,000.

Fr Hopkins SJ was of course a curate at St Aloysius' from 1878-9 and it was in our house that he wrote this piece. He wrote to a friend: "I have been up to Godstow this afternoon. I am sorry to say that the aspens that lined the river are everyone felled." 'Binsey Poplars' laments the felling of these trees across the Isis from Port Meadow: 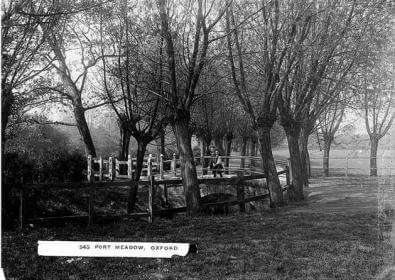 Quelled or quenched in leaves the leaping sun,

All felled, felled, all are felled;

Of a fresh and following folded rank

Not spared, not one

That dandled a sandalled

Shadow that swam or sank

On meadow and river and wind-wandering

O if we knew but what we do

When we delve or hew–

Hack and rack the growing green!

Since country is so tender

To touch her, being so slender,

But a prick will make no eye at all,

Where we, even when we mean

to mend her we end her,

When we hew or delve:

After-comers cannot guess the beauty been. 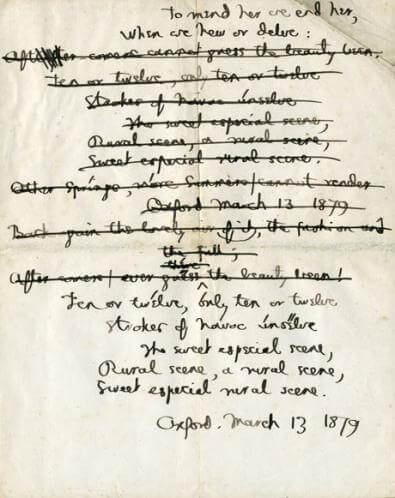 As far as we know, none of the current residents of 25 Woodstock Road has yet produced a manuscript of comparable value.