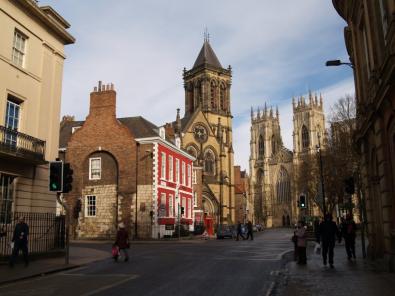 The Fathers of the Oxford Oratory are pleased to announce that they have accepted an invitation from the Bishop of Middlesbrough, Rt Rev. Terence Drainey, to come to his diocese.

Bishop Drainey has entrusted the care of the Parish of St Wilfrid in the centre of York to the Fathers of the Oratory.

St Wilfrid's is the mother church of the City of York. The parish also has the care of the shrine of St Margaret Clitherow, martyred for her Catholic faith in 1586 during the Reformation.

The Congregation of the Oratory was founded by St Philip Neri in Rome in 1575 and brought to England by Bd John Henry Newman in 1848. There are already three Oratories in England, in Birmingham, London and Oxford, and a fourth being set up in Manchester. All the English Oratories have the care of a parish as their main work, but Oratorians also undertake work as chaplains in hospitals, prisons and schools provided that it does not take them away from the community life.

Fr Richard Duffield is to be the Parish Priest of St Wilfrid's, starting at the end of October. Fr Richard was born in York in 1963 and brought up in the city. He joined the Birmingham Oratory in 1986 and transferred to the newly founded Oxford Oratory in 1991. He was ordained priest in 1992. He has served as Parish Priest of St Gregory and St Augustine's and St Aloysius' in Oxford and as chaplain to a number of prisons and detention centres. He was Provost of the Birmingham Oratory from 2009 to 2011, a period which included the visit of Pope Benedict XVI for the Beatification of John Henry Newman.

The Fathers of the Oratory would like to thank Bishop Drainey and the Middlesbrough Diocese for their generosity and confidence and look forward to starting work in Yorkshire. 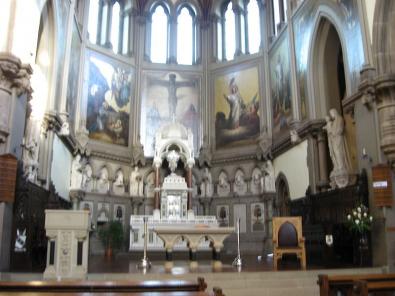 A letter from the Right Reverend Terence Drainey, Bishop of Middlesbrough, to the Parish Priest of St Wilfrid's:

As you know I have been in conversation with the Oxford Oratory for the last year regarding the possibility of them coming to the diocese and specifically coming to St Wilfrid’s. I have consulted with my Council, listened to the Council of Priests and the Chapter and been informed by letters from interested parties from within the, and without the parish of St Wilfrid’s. I then formally invited the community of the Oxford Oratory and they have accepted the invitation. Father Richard will come to the parish at the end of October this year to take over from you as Parish Priest. Allow me to take this opportunity to thank you, Michael, for your dedicated, inspired and fruitful ministry at St Wilfrid’s.

Father Richard Duffield was born in York on 6 September 1963 and baptised at St Wilfrid's. He was brought up in York and educated at Ampleforth and St Anne's College, Oxford. In 1986 he joined the Birmingham Oratory, transferring to the new community in Oxford in 1991. His studies for the priesthood were at Blackfriars, Oxford, and the Angelicum, Rome. He was ordained priest on 11 July 1992.

Fr Richard was Parish Priest of SS Gregory & Augustine, Oxford, from 1993-8, and Parish Priest at St Aloysius' from 1999-2008. He was Provost of the Birmingham Oratory from 2009-12, during the period of Newman's Beatification and the Papal Visit.

The Oratory comprises the priests and brothers who live according to the way of life of St Philip Neri. They are secular priests and brothers (i.e. they are not Religious like monks, friars, clerks and canons regular), which means they do not take any vows, but choose to live together as a family following the pattern of life and ministry of St Philip adapting it to wherever they have their home. They each have their distinctive ministry in the house, parish and city, and come together each day to pray, eat and find refreshment in each other's company. Each member comes with the intention of remaining until death in the same house. Each Oratory is independent, so can adapt the charism of St Philip to its own area and people. Members are attracted to a place and to a community, and that is the scope of their life and work, which will be moulded according to the pattern of St Philip.

Secondly, it comprises of the lay-people who attach themselves to the community. St Philip founded a lay organisation, with not much more intention than that. He involved lay-people in sermons, music, liturgical celebrations, recreation, pilgrimages, devotions, conferences, and so on, and so brought many thousands to God in pleasant ways. This is the Oratory which the clerical members serve, following the same sort of pattern that St Philip did in 16th century Rome.

I commend this moment to you and the good people of St Wilfrid’s as an opportunity of growth, building on the solid foundations of generations of collaborative ministry of both priests and people. And I would be grateful if you could read this letter at each of the Masses over this coming weekend 20/21 July.